With Twelve, the then seventeen year-old debut author Nick McDonell became an overnight publishing sensation, with familial connections to the likes of Hunter S. Thompson and Joan Didion lending their weight to dust-jacket hype. Twelve not only revelled in the excesses of stimulant fiction but laid several generational markers along the way, somewhat justifying the hype. Critics had a veritable field day portraying McDonell as, inter alia, the Bret Easton Ellis/Jay McInerney/Hunter S. Thompson of his generation, though the abject lack of a Bratpack or gonzo milieu of his own was somewhat a hindrance in this department. Yet the fixtures and fittings remain constant throughout -- you can make your own checklist but it’s all here.

The Third Brother finds McDonell out of his precocious teens and a Harvard undergraduate. Unsurprisingly then, we find The Third Brother anchored in the terrain of his debut and a set of characters who McDonell could conceivably recognise from his own peer group. Structured in three parts, covering narrator Mike’s stint as an intern on a Hong Kong magazine and dispatch on a story in Thailand before returning to New York having made a perturbing discovery about his family history, 9/11 intervenes to provide the book with its raison d’etre. Mike’s time in Bangkok, supposedly working on a feature about the government-sponsored crackdown on drugs tourism, is spent examining the social mores of the moneyed backpacker community (American and European) in the Thai capital, but the pretext is merely cover for his editor sending him to track down AWOL staffer, Dorr.

McDonell works in the explorations of class found in Twelve but never gets judgemental. As Mike’s girlfriend remarks to him in sanguine celebration at their existence, “We’re rich white kids at fancy schools.” To some extent, this is one of the worst examples of dialogue in the book, where the author leans too heavily on his characters to make a general point. His matter of fact and harrowing depiction of Dorr’s explanation as to why the concept of family has been rendered meaningless to him, having watched his own daughter mistakenly killed as an unwanted child, spares little. However, Dorr’s testimony, integral to the story, is rushed and takes second place to some minor incidents.

There is a case to answer that The Third Brother is McDonell’s Ransom, Jay McInerney’s 1985 sophomore effort which also saw explorations of familial dysfunction, drugged-up ex-pats and an Asian setting. Yet McDonell has avoided the didactic and anecdotal excesses of McInerney’s cathartic account of Japan and has instead allowed the backdrop to take a lesser role in embellishing the storyline, though thus far it is Ransom that is the critically-acclaimed of the two. This notwithstanding, both novels employ an almost identical narrative approach and voice and for anyone familiar with it, the main body of the book the parallels are somewhat striking and possibly wearing. McDonell’s style is however restrained and measured for each moment depicted; there is no showboating or desire to get experimental on us. Of course, while both books share climatic denouements, McDonell has edged out into geopolitics and its impact on the urban environment. At least it’s not Alex Garland.

In an elegiac essay for The Guardian Review recently, Christopher Hitchens sought to draw a line under the idea of journalists as fiction, arguing that all that remains is a bygone age now rendered entirely obsolete by the rise of the internet and a more domesticated press pack. The likelihood of the blogger as a central character remains too risible to countenance at present, though Hitchens does predict its advent, but the decadent Asia of Thai fleshpots and drug-fuelled backpackers as the setting for the newshound novel lends a plausible vigour as a modern setting. While McDonell is no Evelyn Waugh in these matters, he does make a compelling case for inclusion among the more accomplished recent examples of journo fiction.

Having built up a major examination of his family’s dysfunction, typified by Dorr’s revelations, one of which leads to the perturbing discovery of the sibling referred to in the title, the 9/11 segment is unfortunately disjointed within the narrative and at odds with it. The Third Brother is more mood music for the 9/11 generation than a pitch-perfect thought out philosophical tract masquerading as a novel. But given that’s not what anyone asked for, we’re not in any position to complain. As such, The Third Brother does act as what could possibly show McDonell to actually be that significant writer of his generation. As commentary on 9/11 goes though, it’s better thought of as a novel in its own right, shorn of any pretence in that department. If you allow yourself to keep this at the front of your mind then the book works as a satisfying progression in McDonnell’s career path as a writer and as a document of the nihilistic excess and imbalances among wasted youth in Thailand. 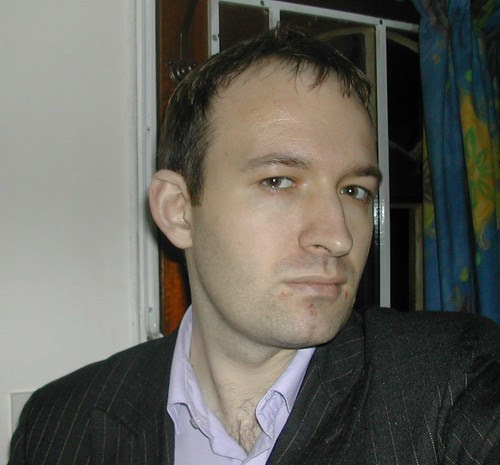 Andrew Stevens is a former Editor of 3:AM Magazine. He lives in London and Sao Paulo, where he works as a writer and researcher on various projects.