Billy Childish is a man so out of step with the current times that he may well be a saint. This Renaissance man is looked upon as an oddity, as a jack-of-all-trades: a musician who writes poetry, novels and paints? This is confusing to the critics, who feel that to be authentic one must specialize. Surely the writing must be shite if the music is good? Or vice versa? Or if the paintings are what matters, the rest is surely a distraction! We have been jaded by celebrities who suddenly think that they can write, actors fronting crap bands, singers popping up as actors, politicians as novelists… the “jack-of-all-trades, master-of-all” is a rare commodity.

I have seen Billy Childish play with the Buff Medway’s a few times. I found him to be mesmerizing, the experience intense, cathartic. Well Jesus, the man understands rock’n’roll, it’s that simple. Not many people do these days, but Billy does and he can knock out a good tune pretty effortlessly. It’s all you should want from a band, really.

The books continue the high watermark set by the music. “My Fault”, was a classic of sorts, an outstanding piece of confessional literature. Billy bravely decided to present the work as a novel, firmly aligning himself with the Bukowski’s and the John Fante’s of the world rather than all the bloody memoirists. I mean really, does any young reader want to grow up to be like Augusten Burroughs? And you can see the confusion he provokes in the documentary “Billy Childish: Is Dead”. There is a scene were Billy again asserts the fact that the books are novels, not memoirs. The interviewers head practically explodes while he tried to get it around this revolutionary concept.

So Billy’s latest, “Sex Crimes of The Futcher”, is mired firmly in William Loveday’s early years – the shit jobs, art school, the grinding poverty and the relationship with his girlfriend, Karima, whom William refers to as “The Troll”. The relationship with Karima is one of the big thematic threads here, a relationship based on a kind of mutual masochism – Karima is needy and seemingly subservient, William is dismissive of her, disgusted by her in a way, but more disgusted by the cruelty he finds himself capable of around her. Much has been made of the person that Karima may or may not have been based upon, but regardless this is an exceptionally honest portrayal of human relationships at their most dysfunctional. And the author spares no detail, nor tries to make heroes or villains out of either of the two leads: everyone’s failings are held up to the interrogators glare.

This is also a book about art. Not just the art that William Loveday produces, but Art itself. The book is as much a philosophical debate about art and its place in society as it is a novel. A chapter entitled “Authenticity Over Originality” lays out a fairly usable manifesto for art (one echoing the Stuckist manifesto that Billy was instrumental in creating):

“Truth and authenticity are above fashion, lying and trying to appear interesting. Some things appear to be the same as other things, yet they aren’t; and other things may appear to be separate, but they also aren’t. This is because all things are joined by invisible threads and all things live in a state of flux, changing from moment to moment. They are not really solid or existing at all, but merely appear to be so. But despite all of his, you cant walk on water or disappear thru brick walls. This is because reality is stubborn and insistent. That’s the whole truth, everything else is just a lot of sarcasm, brought about by people reading too many books.” (With apologies for altering the original spelling)

The title, and the above apology are to do with the fact that this is the first book Billy has published in his uncorrected, dyslexic hand. I thought that this might have been a distracting, or even an annoying move, but somehow it works. It gives the words a rhythm and flow all of their very own, and put me in mind of reading some Victorian penny dreadful written in non-modern English.

If you like books with Voice, this one has it in spades – as well as working class fury, bitter self-reflection, exploding lemons and tantalizing autobiographical glimpses. Ladies and gentlemen – Billy Childish. Long may he continue. 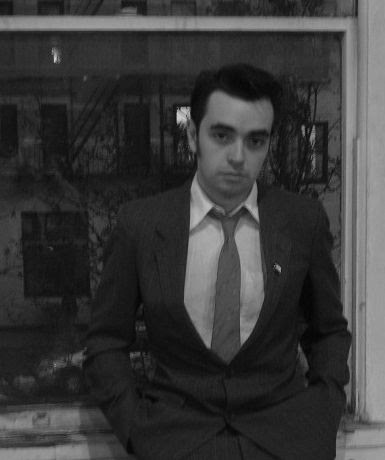